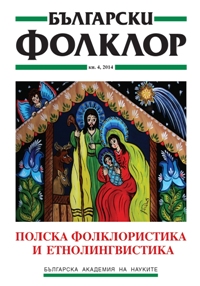 Summary/Abstract: In the course of its history, the ethnolinguistic research in Lublin has undergone several major transformations. The initial stage was the focus on the language of folklore: a database of fieldwork data dedicated to this project was started. Then, the focus shifted to a dictionary of song formulae, which eventually developed into the Dictionary of Folk Stereotypes and Symbols. The project was aided by the launch of the annual “Etnolingwistyka” and a book series, colloquially referred to as “the red series”, where theoretical and methodological issues of the project were discussed. With time, these moved far beyond the problems of folklore and country dialects and were concerned with the linguistic worldview, stereotypes and symbols in folk tradition and standard variety of Polish and other languages, the profiling of concepts, point of view, the speaking subject and the semantics of value terms. The latest stage is the international comparative project EUROJOS, concerned with standard varieties of languages and public discourses, and since 2012 also the project (ETNO)EUROJOS, targeted at Slavic folk traditions. A similar and corresponding endeavour is the regional but international Polish-Byelorussian-Ukrainian project “The Ethnolinguistic Atlas of Pobuże” (focused on a fragment of the river Bug region).