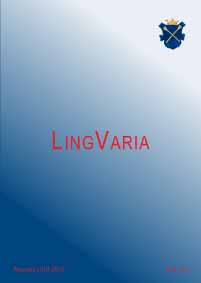 Summary/Abstract: The notion of symbol, though popular and commonly used, has not so far received a satisfactory operational definition, i.e. a methodology of description that would allow to assign specific symbolic meanings to images in a foreseeable, “controllable” way. This is revealed by the different symbolic meanings which dictionaries assign to the same images. The paper uses examples from the Lublin Słownik stereotypów i symboli ludowych ‘Dictionary of stereotypes and folk symbols’ to question the rules for determining symbolic meanings and the “linguistic and cultural proofs” connected with the assignment of those senses – the rules that link the sun with life, truth and perfection, fire with love and passion, light with the God and heaven, dew with life-giving force and male sperm, wind with life-giving spirit, rainbow with the sign of peace, &c. The article reveals that the symbolic sense is sometimes prompted by the etymology, metaphorical meanings, parallel constructions, equivalence, or may also result from the genre convention of the text (an erotic, a dream book, a wishing carol), or finally from the beliefs and practices of bearers of folk culture. Regardless of all those attempts at determining symbolic meanings, the formulation of such meanings remains a hypothesis of a kind. Texts, especially artistic ones (where also folk texts belong), contain an unclosed semantic potential and remain unsaid, open and susceptible to new symbolic readings.