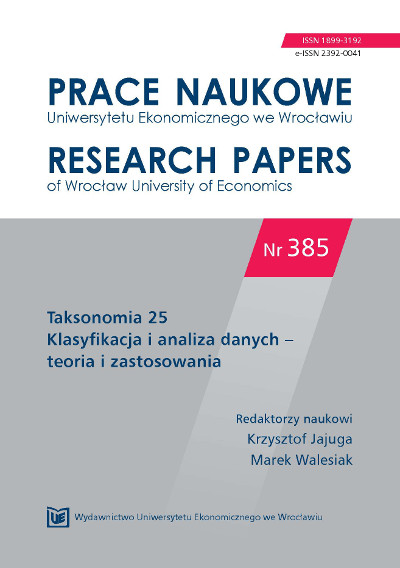 Summary/Abstract: The study considers the issue of social inequality, with particular emphasis on the subjective assessment of social status on the so-called ”social ladder”. The source data was taken from international research module ”International Social Survey Programme” (ISSP). In the study there were used several statistical methods (some measures of structure, analysis of variance, some nonparametric tests and analysis of regression). The study was divided into two parts: first, as recognition of the problem, there was made an attempt to locate Poland in opposition to other countries in the world in the context of social inequality, and then the study focused on the opinions of the Poles themselves. In the course of the study it was found that there were some factors (mainly those related to culture and education) which determined man's position in the social hierarchy and the changes that had occurred compared to the situation of the family when the respondent was 15 years old.