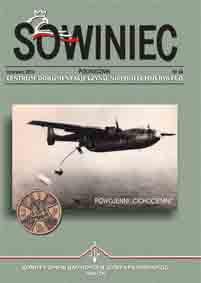 Summary/Abstract: This article is an original text, groundbreaking in the literature of the subject, presenting the biography of Kazimiera Jagniewska (1915-1941), a scout and teacher of Polish. Jagniewska was a student of the Queen Jadwiga National Girls’ Middle School in Lviv, where she joined the XI Lviv Team of the Polish Scouting Association. She performed the functions of patrol leader, team aide and team leader in the Association. She published her first literary texts in a school paper „Ogniwo” and in a scouts’ periodical „Skrzydła”. After graduating from high school (1934), she studied Polish philology at the Jan Kazimierz Faculty of Philosophy of the University of Lviv (1934-1939). In the summer of 1939, she completed her sudies without graduation and was in the process of preparing her thesis, but she could not obtain a master’s degree due to the outbreak of World War II. She also began a course to becoe a scoutmaster in 1939. She has written a „Diary of a Wanderer” [Dzienniczek Wędrowniczki], which is an invaluable source of knowledge on the history of Lviv scouts. In the Armenian Cathedral her patrol listened to sermons of Father Jan Bogdanowicz. On February 19, 1937 she appeared with her Girl Guide patrol at the Polish Radio in Lviv in the broadcast Youth of Lviv in Front of the Microphone with a radio play „Girl Guide”. She organized summer and winter camps (Duszatyn, Łomna, Skole, Tarnawka and Ustrzyki in the Bieszczady Mountains, Kazimierz on the Vistula River and Worochta in the Eastern Carpathians). She participated in jointly organized camps of Polish and Romanian Girl Guides (around 1937-1939). She became friends with a Romanian scout – Simona Calargi. A group of Girl Guides from Romania visited Poland and went to Vilnius, Lviv and Troki in the summer of 1937. With Polish Girl Guides she participated in trips to Romania, visiting the city of Bucharest (Bucureşti), Sinaia, Brasov and Chernivtsi. Along with Lviv Girl Guides in Bucharest she was invited by the queen mother Mary Alexandra Victoria Sachen-Coburg-Gotha, and their camp in Predal was visited by the royal aide Major Sidorowicz. She was also a member of the Association of Academic All-Polish Youth, and in her views were silimar to that of national organizations. Communism and anti-Semitism were alien to her. This article attempts to characterize Jagniewska’s personality and her system of values. After the Soviet aggression against Poland (1939), she participated in the defense of Lviv in the Polish auxiliary service, among other places at the Technical University of Lviv. During the occupation by Soviet Russia (1939-1941) she worked in the Polish scout conspiracy in Lviv. On June 24 or 25, 1941, she was arrested by the Soviet NKVD, imprisoned, interrogated on suspicion of belonging to the „Armed Polish Scouting Association”. NKVD also falsely accused her of spying for the Germans. She was shot on June 28, 1941 in Lviv in NKVD prison at Łącki Street. She was buried in the Janowski