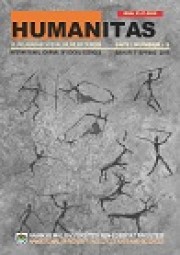 Summary/Abstract: In the Early Turkish Republican period, Reşat Enis Aygen (1909-1984) was one of the most influential representatives of socialist realism and naturalist literature, outlined by Maxim Gorki. Aygen’s works represent the struggle for life of the poor and oppressed class with a keen observation in the way that Emile Zola and Orhan Kemal do in their works. In his novel Afrodit Buhurdanında Bir Kadın, (1937) which is described as a cornerstone of Turkish Literature by Nazım Hikmet, Aygen depicts the hardships that a working Anatolian woman faces, such as sexual assault. Aygen is in a struggle to convey conditions of the working class through his realistic view with a naturalist approach. Reflecting social structure of the period and oppressive system of exploitation and dominant worldview, Aygen strikingly conveys his novel by bearing witness to his time. His novel mirrors the period at the hands of his fictional character Yıldız, who has been brought up by her uncle as an orphan. Although there is some incompleteness as far as the artistic fiction is concerned in the novel, it is a noteworthy work in terms of reflecting the working conditions of the period. In this study, it is aimed to analyse Afrodit Buhurdanında Bir Kadın by Marxist fiction/novel sociology approach, which is called Genetic Structuralism by Lucien Goldmann. Composed of comprehension and explanation, this approach analyses the text with a structuralist view while it articulates the historical and social aspects.