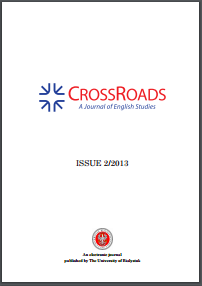 Summary/Abstract: As a gendered rewriter and a gender boundary transgressor, Philip Pullman uses the Holy Bible as a “pre-text” (Stephen and McCallum 1998: 2) when writing His Dark Materials (1995 – 2000). He boldly challenges the masculine discourse in the Bible, crossing the oppressive and insufficient gender boundary propagated in the Book of Genesis. With the objective to examine how Pullman breaks down gender boundaries, in this paper I will first re-read the creation story of Genesis of the Holy Bible and discuss Eve’s sexist portrayal. Then, I will compare the traditional, biased representation of Eve with the portrayal of the new and perfected Eve, namely the female protagonist – Lyra Belacqua in Pullman’s His Dark Materials. Through examining the re-inscription of Eve (as well as Adam) in Pullman’s re-version, the paper will reveal ways in which stereotypical gender implications are played out in the Holy Bible.