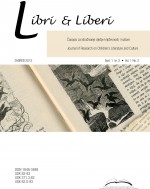 Summary/Abstract: This paper examines the representation of female antagonists in three popular children’s books – C. S. Lewis’s Narnia books, Roald Dahl’s The Witches, and Philip Pullman’s The Amber Spyglass – by referencing Kristeva’s theory of abjection and Creed’s discussion of the monstrous-feminine. In both the Narnia series and The Witches, female antagonists are simplified, stereotyped and negatively portrayed as evil figures that threaten the stability of a well-ordered community. They are represented as the abject that blurs the borderlines between life and death, human and non-human, masculine and feminine. At the end of both narratives, the monstrous-feminine is ejected, eliminated, and the ‘purification’ brings relief and a vengeful pleasure. In Pullman’s book, the harpies are represented as monsters that can be reasoned with. They are honoured as generous and “Gracious Wings”. Yet, while the attempt of positive reinvention of the monstrous-feminine is noticeable, they play only a secondary role acknowledged by the symbolic order – the monstrous-feminine stereotype is nevertheless perpetuated.