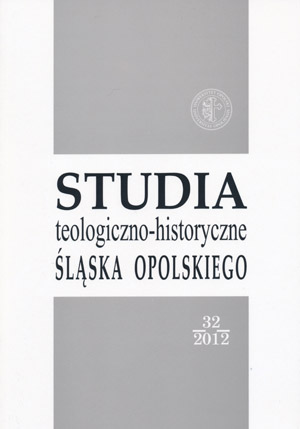 Summary/Abstract: The new socio-political context of the conquered nations of the Middle and Near East caused an unexpected and profound changes on the map of the religions in the area. As soon as in a decade after the death of Muhammad (632AD) the rise of Islam and the spread of the Qur‘anic message became a fact in the Eastern frontiers of the Byzantine Empire. In consequence, Christian communities living in the territories controlled by the new political power, had to answer these challenges. First hundred years after the Muslim conquest of the Middle and Near East were characterized by a separated development of both religious communities. Therefore, by the end of the Umayyad Caliphate (749 AD) we do not find any Christian document written in Arabic. The turning point happened under the Abbasid rule (750–1258). The appearance of the oldest-known Christian text in Arabic (Fi tathlith Allah al-wah?id), dated to the 755–770 AD, was undoubtedly coincidental, but significant. However, we must keep in mind that the openness of the Abbasid rulers supported both the cultural and religious exchange. The encounter between the believers of these two religions forced them to explore their differences and to face new and unexpected challenges. The faith in the one God in the Trinity of Persons and the Incarnation confronted with the Islamic approach to monotheism is one of the challenges that the Christians of the Middle and Near East had to deal with. They had to meet this challenge for at least two reasons: (1) To preserve their own communities from conversion to Islam; and (2) To expose Christian doctrine and defend the faith against the accusations of polytheism. The defense of the faith was at the heart of Arab Christian apologetic literature, which usually dealt with the following topics: (1) God, the Holy Trinity; (2) Jesus Christ: Divine filiation, Incarnation, Redemption; and (3) The authenticity of Christianity.