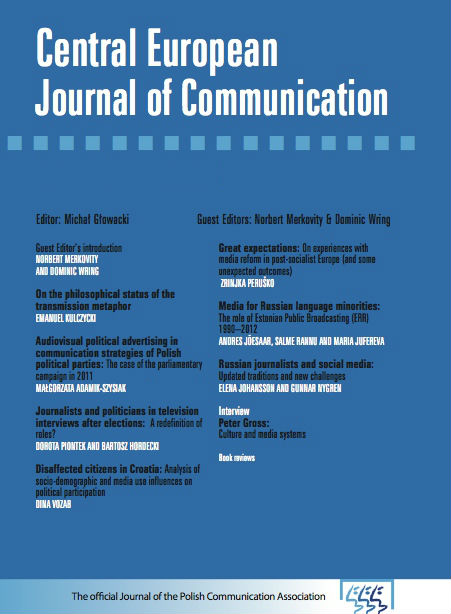 Summary/Abstract: Journalistic norms have changed in the last 20 years in Hungary. Democratic journalism appeared by 1989, when the power of the communist party disappeared at a stroke. Journalists became free, and they “enjoyed” the internal-pluralism and supported their diff erent parties. On the other hand the parties tried to use the political media as an instrument. As a consequence of this situation the main question of political journalism became the pro-government and the anti-government behavior in the 1990s. Th ose biases have caused semi-investigative journalism and simulated-investigative journalism in the last 10 years.