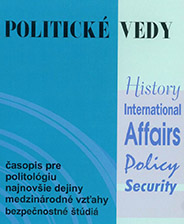 Summary/Abstract: Contemporary Republic of Moldova is part of the Romanian ethnical and cultural space. The territory is a recent geopolitical construct, a consequence of the Soviet invasion of Romania (1940) and of further territorial “adjustments”. Within its actual borders, Moldova gained its independence from Russia in 1991. From the very early days, the newly independent republic was subjected to internal separatist movements supported by Russian military aggression (1992). In the last two decades the Republic of Moldova traversed a very profound economic and social crisis resulting in a sharp decrease of living standards and a massive emigration of an impoverished population in search for material stability. In its foreign policy, Moldova has constantly oscillated between the allegiance to the Community of Independent States and the path of European integration. Solid progress in the European integration process has been achieved in recent years (2009-present), after the fall of the Communist rule (2001-2009). In the light of recent developments, it seems that the geopolitical balance inclines West-wards, as a means for the Republic of Moldova to regain its natural European destiny and thus re-integrate its cultural and ethnic Romanian space.