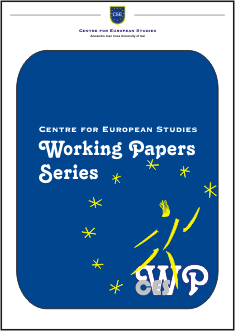 Summary/Abstract: The Energy Union Strategy, launched in February 2015, is a vast project aiming at identifying a set of common responses to a series of present and future challenges in the field of energy. The question of energy security occupies a central position in EU’s relationships with its neighbours. In this context, economic and political ties with the Russian Federation in its role of major supplier of energy resources to EU member states are of crucial importance. Acquiring a higher degree of independence from the Russian supply of natural gas has been proclaimed as a national priority by several ex-Soviet republics. Moldova, Ukraine and Georgia have recently signed Association Agreements with the EU. We look into the early stages of the implementation of AA’s and analyse their consequences on the EU – Russia relations in the energy field. A series of common characteristics and possible developments in the field of energy are analysed.