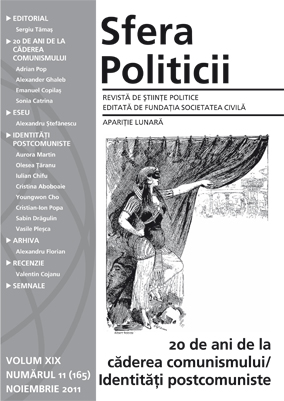 Summary/Abstract: Retrospectively, the study reviews the impact of Mikhail Gorbachev on the process of the breakdown of communism in East Central Europe and the end of the Cold War. It argues that Gorbachev combined the abandonment of the “Brezhnev doctrine” and the endorsement of a non-intervention policy in East European revolutions with a policy of discreet “constructive interference” for their speeding up. It also claims that a crucial element which led eventually to the end of the Cold War was the gradual Soviet-US rapprochement process, which culminated with the Malta summit in early December 1989.