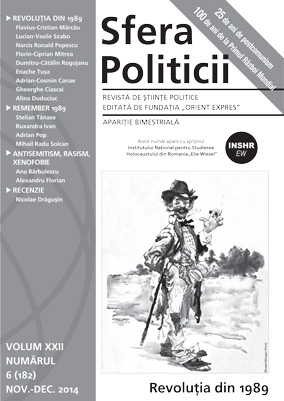 Summary/Abstract: Traditionally, the 1989 East European revolutions were seen as mere regional events with, perhaps, international consequences. Retrospectively, the East European revolutions have some global „lessons“ to offer, which could be summarized as follows: the authentic democracy is an indigenous product and the successful democratization is a result of „negotiated revolution“; imperial overstretch leads to imperial breakdown; independent statehood could have both domino and boomerang effects; and the „self-limiting revolution“ offers a strategy for the self-emancipation of civil society in the era of globalization.