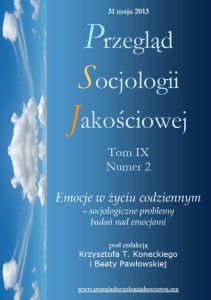 Summary/Abstract: The aim of this paper is to show which emotions, how, and to what end are expressed in political discourse, especially in the context of political scandal, in the framework of critical discourse analysis. The changing methods of political battle, related to the influence of mass media and the Internet, have increased the role of emotions as a means of politics. The personalization, mediatization, and sensationalism of political life have led to the recognition of the importance of emotion control and management. Political scandal, which involves extreme emotions and consequently highlights certain mechanisms of political struggle, seems exemplary as far as the study of emotions in politics is concerned. The analysis of emotionalization as a persuasive means, the role of emotions in the reception and interpretation of political messages, and emotions as key factors in creating a positive self-image are based on the example of Italian political scene and scandals surrounding Silvio Berlusconi.