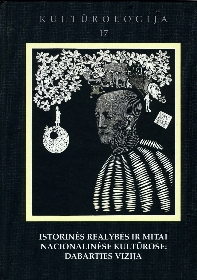 Summary/Abstract: A closer observation of EU integrational processes shows that EU future depends upon which attitude towards national, ethno-cultural and political identities is gong to prevail between this community policy actors. The interest to various identities was inspired by EU Constitutional Treaty failure whch rised a wave of discussions on New Europe’s “discovery” and “foundations”. The essential question was put forward – what is the subject of the Constitutional Treaty and what are the features of the envisaged European demos. A lack of characteristic of EU democratic, legitimate and social factors was stated and the further integration should be foreseen as an elimination of this lack. The question – how can this be done in the face of the prevailing attitude of political denationalization which had been confirmed along with the very foundations of the New Europe? The attitude of political denationalization in recent years is supported by the discourses of post-national identity, European constitutional patriotism and unconditional hospitality. The actuality of the problems of legitimacy and other deficiencies as well as European demos have risen especially after the EU expansion. The societies and nations of newly accepted countries have different historic experience, stronger national feelings which actually worked when liberating from the Soviet occupation. There is another important thing – the societies of the new members have gained the experience of the Soviet denationalization. And these impesions have to be reconed with when considering the plans of the creation of European demos. A conclusion is drawn that the social content of the European society should be accumulated and created not by the way of rejecting national feelings but by invoking attachment to nation, culture, tongue and historic myths. Accordingly, the political attitude of denacionalization has to be changed.