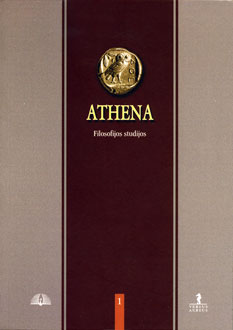 Summary/Abstract: The paper focuses on highlighting the systematic transgressivity of consumer capitalism. It is pointed out that capitalist transgressivity manifests itself in different forms of transgression. These forms are linked with the new ways of expressing the body and sexuality. Attempt has been made to indicate that the unconditional linking of transgression with pleasure and highlighting this connection as the main liberatory act and as a possibility to create new identities becomes an important factor of consumerism and consumption ideology. Special attention is given to transgression-based artistic practices which are gaining more significance for the development of capitalism while disguising their commodity form by way of liberation ideology. The paper considers the ways in which the power of desiring-machines and nomadic subjectivity can manifest itself under the conditions of consumer capitalism. The question is posed whether the consumer capitalism has advanced far enough for the process of commodification to anticipate all ways of transgressive liberation through the construction and consumption of new identities.

Klasikinės estetikos „įveika“: rytai, postmodernusis būvis ir populiarioji kultūra “Transgression” of classical aesthetics:orient, postmodernity and popular culture 2005 Pilietinis europietiškumas: nacionalumo dekonstravimas ir Kitas Civil Europeanness: Deconstruction of the National Identity and the Other 2006 The Pleasure of Transgression: Consumption of Identities The Pleasure of Transgression: Consumption of Identities 2008 Kitas Europos sąjungos denacionalizavimo požiūriu The Other from the Point of View of Denationalisation of the European Union 2008 Pasaulis kaip reklaminis vaizdas The world as an advertising picture 2010
2023 © CEEOL. ALL Rights Reserved. Privacy Policy | Terms & Conditions of use
ICB - InterConsult Bulgaria core ver.2.0.1219