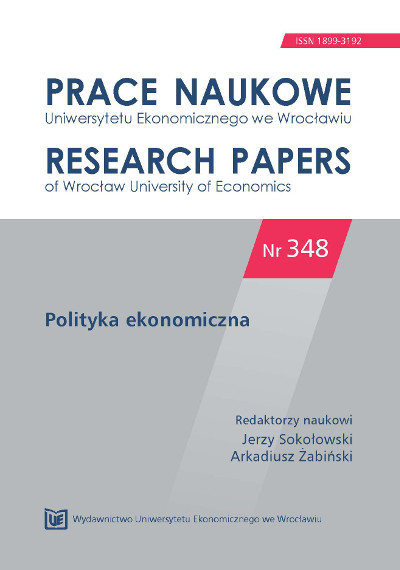 Summary/Abstract: The aims of this article are the analysis of the structure of Poland’s trade with China, the position of China as a supplier and a customer of Poland, and the revealed comparative advantage in turnovers with the most important trade partner of our country. The analysis refers to the period 1995-2012. The data presented in the paper indicate that the share of the China in Polish export and import increased in the researched period. China is one of the most important suppliers of Poland (the share of China in import is almost 9%). The main subjects of Polish trade are: basic metals, machinery and different equipment and chemicals. The calculations (RCA and CRCA) indicate that Polish trade with China is in accordance with the revealed comparative advantage. The biggest part of Polish export to China are: basic metals and chemicals, and the value of CRCA in these cases is above zero.