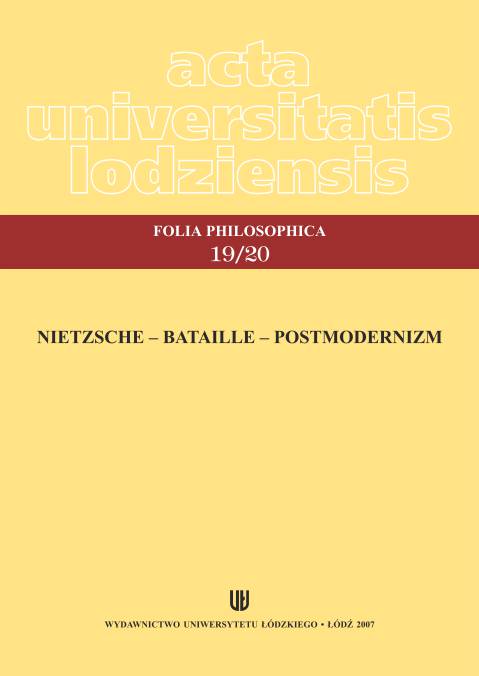 Summary/Abstract: The starting-point of my essay is conviction of wide-spread crisis of western civilization. The analysis of this crisis was achieved basing on the Horkheimer's theoretical settlements which are leading to show typical of Plato character of western culture. Basing on the example of 'solar myth' presented by Plato in "Politeia", it is shown totalitarian and captivating human-beings paideia model, which is being realized till the present day in the Mediterranean culture region. Dictatorial, anti-humanistic and oppressing elements of Platonism and related to it civilization, are shown from the G. Bataille's settlements point of view. In his project, ones are suspecting the chance of liberation of human-being.