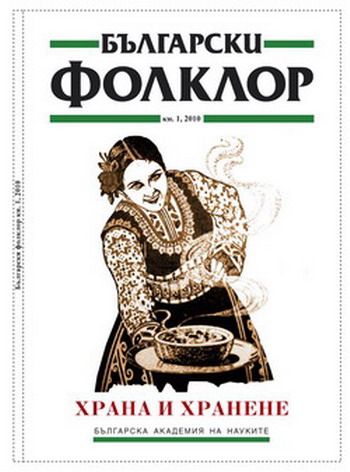 Summary/Abstract: Dwelling upon a dense resource of empirical materials related to the family dinner in the second half of the 19th and the first two decades of the 20th century, the article analyzes the main aspects of the evening meal, which was the only clearly fixed and universally registered regular meal for Bulgarians in the respective period. Undertaking the theoretical and methodological perspective of historical anthropology, the text succeeds to reconstruct the specificity of social networks in Bulgarian traditional culture and to decode the meanings that family dinner they had for individual and groups in the past. The article analyzes in detail the main characteristics and structural elements of the evening meal, and highlights its role in maintaining the physical and moral unity of traditional family groups. The main functions of the family – physical survival, reproduction of biological, social, and cultural individuals, the formation of basic identity and the maintenance of the feeling of affiliation, communication (sociability) were concentrated in the ritual of the evening meal. Laden with economic, social, and psychological functions, dinner occupied a fundamental place in the “production” not only of the family, but also of the production and reproduction of culture. In satisfying major societal needs, which far surpassed biological and economic necessities, it was a group act, which was unrivalled in traditional Bulgarian culture.