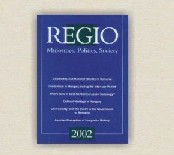 Summary/Abstract: The collapse of the communist system in Central and Southeastern Europe has inaugurated sweeping economic and socio-political changes, marked by the conversion of state-economies into market economies, political liberalization and democratization, and integration into European and Euro-Atlantic security and political organizations. These changes have also affected the pattern of inter-state relations in these regions. Due to the strengthening of their political collaboration, countries in Central and Southeastern Europe are today linked by a dense network of inter-governmental agreements, which have worked for changing the nature of inter-state relations, by fostering co-operation rather than conflict. As a result of this twofold development, one can identify an underlying tension between the “re-nationalization” of history in Central and Southeast Europe and the process of European integration. The article argues for the need to re-conceptualize the history of Central and Southeastern Europe by employing a relational and transnational approach, as part of a more general effort to re-write continental history from an integrated perspective. Central and Southeastern Europe countries share a common historical past that goes far back in time to enduring medieval and early modern imperial legacies, such as the Byzantine, the Hungarian, the Habsburg, and the Ottoman. After 1945, they experienced similar strategies of communist modernization, and a forceful integration into a common military and economic block. Post-communist countries in these regions are now facing similar socio-political challenges. Despite these similarities, historians in the regions seem “absorbed” by their own national histories, and have relatively limited knowledge of — or openness toward — the historical experience of their neighbors. The process of regional integration and the European Union’s Eastern enlargement calls for an incorporation of the Central and Southeast European Studies into the framework of European studies (thus breaking with the tradition of Russian and East European Studies, which is a legacy of the bipolar Cold War division of Europe). Historians in Central and Southeastern Europe are now challenged to place a greater emphasis on the “shared” and “entangled” history of the peoples in these regions, to assess international influences and transfers, and to account for the process of European integration and its impact on the development of their regions.