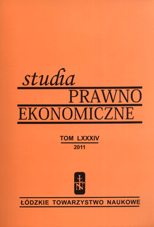 Summary/Abstract: The purpose of the article was to present the development of transport systems in the European Union (EU) in comparison with alterations in the European transport systems which should be conducted till I decade of XXI century. European transport policy had a great influence on increase of competitiveness Europe in the last decade. The changes of quantity and work structure which were recorded in 1995–2008 both in passenger and goods transport led to the predominance of transport by car. Current tendencies and future aims indicate a need for satisfying the increasing demand for availability with accordance to great fears which sustainable development concern. The better integration of various transport systems is the most urgent goal currently. It will lead to general improvement of transport system’s effectiveness.