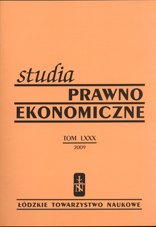 Summary/Abstract: The article presents concentration of plant and animal production of Polish farms in individual area groups. In article has been shown that farms in individual area groups in 2005–2007 had the most interest in field cultivations and in breeding of animal fed in pasturage system. Simultaneously the attention has been paid on great disparity in economic activity of farms belonging to different area groups. So propensity of farms to concentrate rural production was growing with growth of their area. The greater farms with area above 15 ha of rural applications which increased their part in commodity production of farming differed distinctly about level of concentration of plant and animal production from farms with small and middle area. However great quantitatively domination of farms with small and middle area caused that almost 45 percent of farms hadn’t definite production profile.