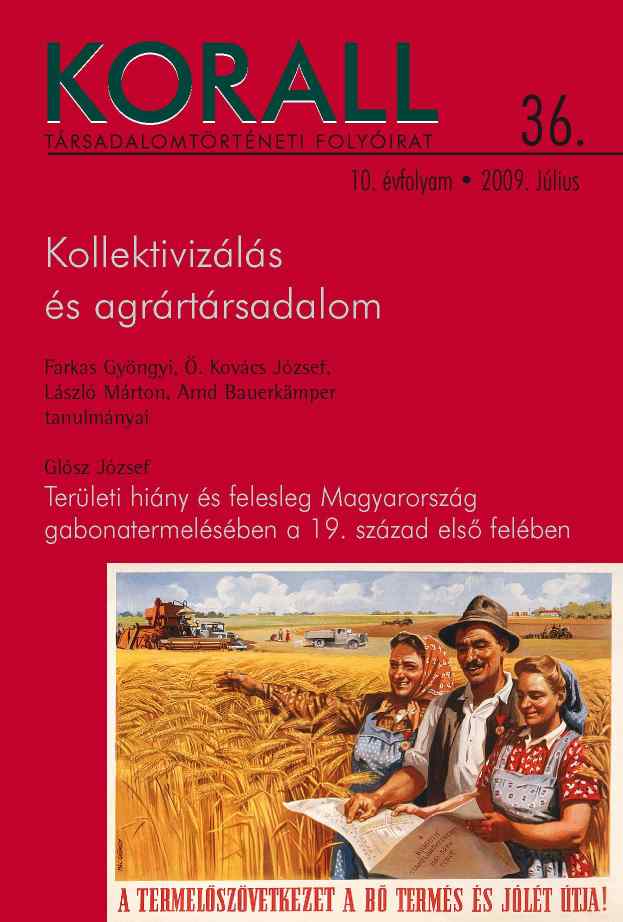 Területi hiány és felesleg Magyarország gabonatermelésében a 19. század első felében
Territorial Shortage and Oversupply in Hungarian Crop Production in the First Half of the Nineteenth Century

Summary/Abstract: In the absence of direct sources, the so-far unexplored domestic trade can be indirectly analysed by a comparison of the spatial distribution of production and local demography. The existence and significance of the local division of labour between the Great Plains (Alföld) and Northern Hungary (Felvidék) is widely acknowledged. It contributed to the speedy increase of crop production and market distribution in the flatlands of Hungarians, which was counterbalanced by goods and services offered by the Slovak population who used the natural advantages of their mountainous areas. Factual data, however, can only be culled from the basic units of territorial administration, which suggest that the majority of these were not self-sufficient in crop production. This generated a domestic trade between counties twice the amount of export.