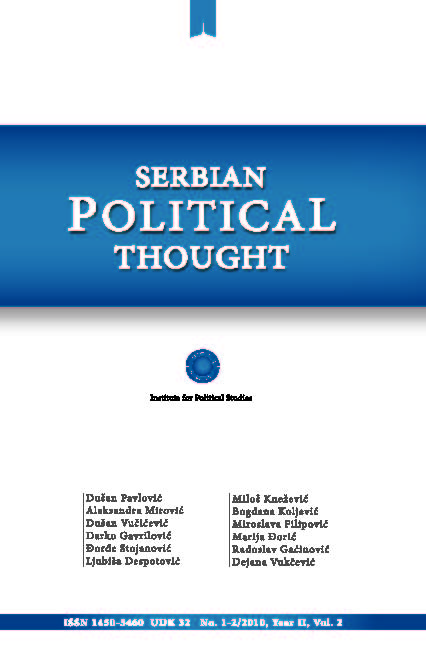 Summary/Abstract: Power and inequality have been established as dominant postulates of liberal political and economic constitution, as the highest values around which its political-economic essence is being constituted. Nevertheless, there are numerous myths which surround this hidden core of liberal political practice. This essay will provide an analysis of various liberal myths: from liberal state, through the connection between liberalism and democracy, to globalization. In the second part of this essay, the focus will be on Serbia and its modern history regarding “implementation” of liberal ideology and its practices.