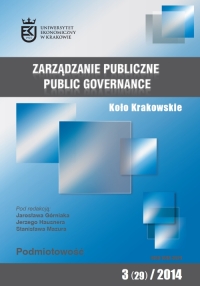 Summary/Abstract: The transition from communism to democracy is followed by the transformation of main political institutions. Postcommunist democratization means, among others, the metamorphosis of a “rubber stamp” parliament into a real political actor. It requires the professionalization of MPs (reduction of the number of novices), changes in internal organization, and strengthening of political parliamentary groups, as well as the limitation of the power of the executive. This paper shows that in the initial period of political transformation, the autonomy of the parliament was expanded so that it became a real decision maker, creating the framework of the new political system. In time, the level of autonomy and of political capacity has decreased. The dependence on the executive and on political parties has grown. The Europeanization of the politics has also been the factor limiting its freedom to act independently. As a result, the parliament has returned to the role of the body that ratifi es the decisions made by other actors.