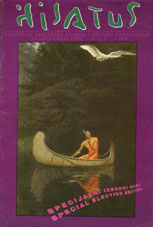 Summary/Abstract: The American Constitution as the unique legal document is analysed in its historical background. The Founders were well-read, educated and prominent citizens thoroughly emerged in the Era of Enlightement, inspired by the pre-existing models of the civic society. The Roman Republic demanded a high degree of civic virtue and promoted the common good. John Locke's' concept of natural rights disagreed with the theory of exclusive rights enjoyed by certain groups, classes or nations of people. Locke defined natural rights in terms of liberty, life and property and he accepted them to be the core of humanity. The Founders ideas about government were influenced by a French writer Baron de Montesquieu who advocated a system of balanced and divided power and the idea of a mixed government. The JudeoChristian worldview occupied a special place in creation of the Constitution. The Founders insisted on "Providence" and the "Creator" who Endowed men certain unailenable rights". The period of Renaissance (means: "re-birth") animated intelectual life and rediscovered ancient Greek and Roman history. The idea of historical change and a progres flourished in that time. The individual relationship of government and religious institutions is reexamined. Magna Carta contributed to the development of constitutional government and limited the power of a ruler. The history had a great influence on the Founders. The reformation resulted in modern ideas about religion, individual rights and government. Being able to read the Bible in native tongues people were encouraged to cherish greater freedom of conscience. The Bost"n Masacre acelerated a document deafted by Thomas Jefferson - the Declaration of Indepedency. The Framers created the Costitution which was not universally acclaimed·and ratification gave vise to disputes of the most basic questions. The Philadelphia Convention ended with "a bundle of compromises". The final form of the constitution is conscise agreement with amendments, which is not the perfect solution to be copied by another states in need of democracy. There are some universal ideas of true democracy which should be accepted as the essential human rights. The basic human rigts must be mutually respected, otherwise war and insanity will prevail.