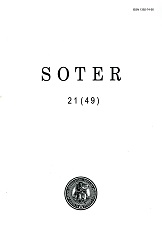 Summary/Abstract: Two factors have major influence on the modern-day reconstruction of gender roles: development of labourtools and women’s emancipation, which is characterized by the tendency to reject all traditionally female spheres of activity as bad stereotypes. However, it is important to differentiate between a person’s inner disposition to an activity and an outer, artificially created or imposed one, which appears after one of the models of asymmetric gender relationships becomes established in a society. Nowadays there is a dominating reckless denial of gender related differences or an attachment of gender roles to negative stereotypes which can create a great confusion in a personal search for sexual identity and cause hardly or totally irrecoverable loss. Gender equality, equal chances and gender parity are not identical and their levelling can paradoxically distort the understanding of human being. The establishing trend to reject both gender differences and the roles determined by these differences is based on the theories of feminist criticism, which state that this is the only way to achieve an absolute equality of genders. Therefore, when speaking about the identity of gender roles, it is essential to define which gender roles are meant: those, which have artificially evolved or been created, or those, which arise from the woman’s nature itself and reflect the essence of her personality and vocation. The article highlights those female spheres of activity which have been mostly criticized by feminist theories, such as home, family, maternity, love and marriage, and looks at them from a perspective of Christian existentialist philosophy, which differentiates the ontological woman’s disposition and her creative role from artificially created stereotypes. Care and concern are not stereotypes in the negative meaning of the word, but they are woman’s inner dispositions, her “inventions”, which also serve as a basis for fundamental man’s characteristics: masculinity and fatherhood. The bad stereotype is speculating on this characteristic of woman’s nature. This study employs the model of gender identity proposed by Christian philosopher P. Allen to present the model of gender relationships created by modern feminism. The objective of the article is to reveal essential principles of female identity in the aspect of activities traditionally referred to as feminine and mostly criticized by feminist theories and to describe the modern gender model created by feminist theories. The methods of research are analysis of scientific philosophical, pedagogical and psychological literature as well as analysis of the sources of modern feminist criticism. The article ends with conclusions that modern feminist ideas are characterized by three major paradoxes: 1) the fight against women’s abuse and the aim to validate woman’s right to abortion; 2) the fight against turning women into objects of sex and the striving to ensure birth control and reproductive rights