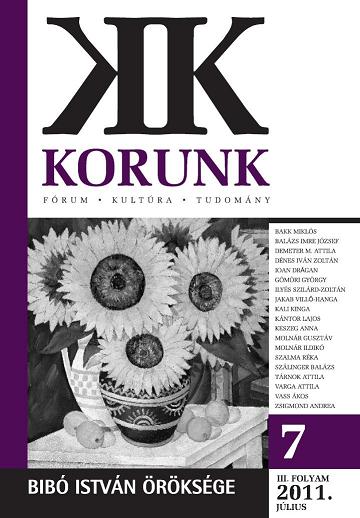 A szuverén nép romantikája
The Romanticism of the Sovereign People: István Bibó on Nationalism and the French Revolution

Summary/Abstract: The thesis that modern nationalism in the historical sense of word was born out of the political experiences and measures of the French Revolution wasn’t quite original even in Bibó’s own time. That’s the reason why he wrote: “The major consequence of the French Revolution was the intensification and democratization of community affections, the birth of modern nationalism. This is where meaning is attached to the otherwise superficial statement that European nationalism emerged from the French Revolution.” But no matter how school-bookish the thesis may seem, the conclusions it allows are very productive, but also quite diverse. I think that the significance of Bibó’s theory about the emergence of nationalism resides precisely in the fact that starting from this very school-bookish thesis, he reaches the right conclusions. In my paper I consider two of these conclusions. First, Bibó was convinced (and frequently emphasized) that: “democratism and nationalism are blood-brothers”. That is to say: the introduction of the republican form of governance fuelled the emergence of the nation as a political community, and nationalism has a close ideological relation with Rousseau's demand for popular sovereignty. Second, Bibó was also convinced that the close relationship between the idea of nation and that of liberty, which is quite obvious in the philosophy of French Revolution, a few decades later, with the emergence of other types of national self–interpretation, became weaker and weaker, and in the second half of the 19th century we can witness in Eastern Europe the birth of a new type of nationalism: the “lingual nationalism”. That is a type of national self-interpretation in which the case of nation separates from the universal case of liberty.