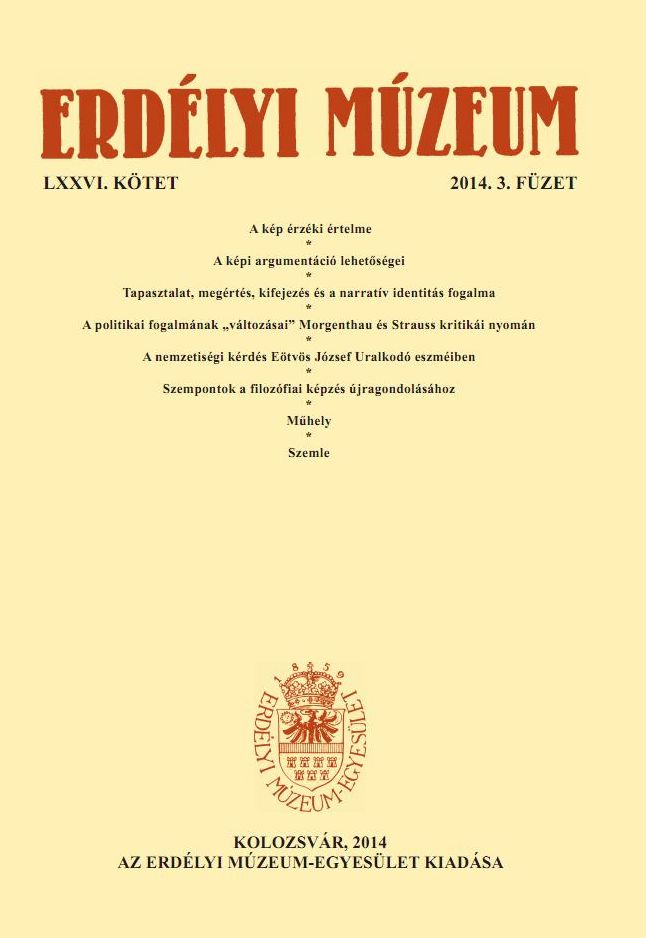 Summary/Abstract: The present paper is a synopsis of József Eötvös’s views on the nationality problem, as treated in his seminal work in two volumes entitled The Dominant Ideas. In this treatise Eötvös rejects the claims of nationalities for territorial autonomy, yet, at the same time, he emphasizes the importance of local self/government. This reasoning can only be understood by taking into consideration Eötvös’s long/term objective, namely the reinterpretation of the dominant ideas of his age. In his view national ambitions are rooted in the new interpretation that the concept the concept of self–determination acquired after the French Revolution, that is, in nationalism. As a consequence, both the dominant nationality’s and the minorities’ aspirations gravitate towards achieving supremacy and sovereignty. Furthermore, he argues that the nationality problem can only be settled successfully by turning against its trigger cause, against nationalism. Local self–government is not only a model for a possible solution of the nationality problem. Along with Tocqueville, Eötvös hopes that self–government will contribute to an upsurge of patriotism among nationalities, which can be regarded as a political form of collective loyalty.

Patriotizmus avagy nacionalizmus Patriotism or Nationalism 2006 A szuverén nép romantikája The Romanticism of the Sovereign People: István Bibó on Nationalism and the French Revolution 2011 Hannah Arendt és a közvetlen demokrácia problémája Hannah Arendt and the Problem of Participative Democracy 2012 A konzervatív politika lehetőségei Kelet-Európában The Possibilities of Conservative Politics in Eastern Europe 2013 A szabadság eszménye a republikánus gondolati tradícióban The idea of freedom within the republican philosophical tradition 2015
2022 © CEEOL. ALL Rights Reserved. Privacy Policy | Terms & Conditions of use
ICB - InterConsult Bulgaria core ver.2.0.1201