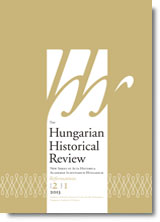 Summary/Abstract: The spatial framework of this study is the strip of towns lying in the region that used to be known as Upper Hungary (today Slovakia), communities that in the sixteenth century had German speaking minorities. At the time in question, there were numerous events and historical texts in which one can discern the use of a new ecclesiastical language. These sources are given voice with the help of philological methods, for instance intertextual analysis. A letter written by Bartholomeus Francfordinus Pannonius in 1522 constitutes the first example of church language reform in Hungary, though his words exemplify more the linguistic tendencies of Humanism than of the Reformation. A letter written by Mary of Habsburg in 1523 demonstrates the queen’s interest in and understanding of religious reformation, but also her desire to maintain her distance as sovereign. According to the views revealed during the inquest against alleged heretics in Sopron in 1524, traditional Franciscan criticism of the Church had intermingled with ideas deriving from Lutheran thought. At the time of the mining town revolt (1525), miners used (for instance) Saint Paul’s apostolic greeting (Romans 1:7) as a sign of difference and usually included them in the introductory section of letters to their comrades. As the sources make evident, the apostolic greeting served as a form of identification within the Evangelical Movement. These textual analyses illustrate the significant impact of the Reformation in Hungary in the period before the Battle of Mohács (1526).