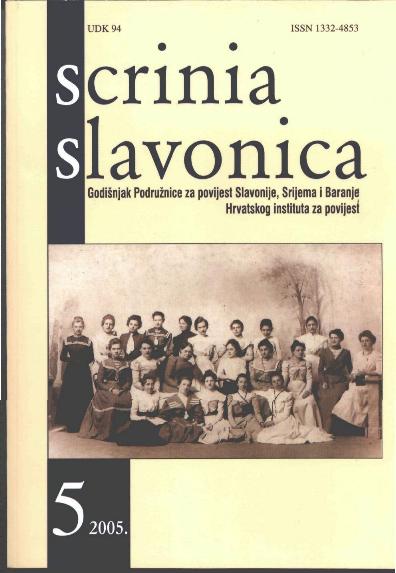 Summary/Abstract: The area of today's Ukraine has over the course of its historical development seen numerous changes. These changes exercised an impact at all levels. Bearing witness to that fact is the duality of names, which is carried over to the day, at least when the Ruthenians/Ukrainians living outside modern Ukraine are concerned. When it comes to the area of South Slavic countries, especially of Vojvodina, Croatia and Bosnia, we run into the same problem, which can partly be understood only if one takes into account the process of their settlement in these areas. Organized en masse settlement of members of this minority began as early as in the middle of the XVIII. century, only to assume its final form in the second half of the XX. century. Today the Republic of Croatia is home to over four thousand Ruthenians/Ukrainians, which are counted as indigenous minority. They are organized and grouped around their own institutions, associations and communities among which the central place is occupied by the »Ruthenian and Ukrainian Association«. Despite certain disagreements regarding the issue of names, we hold that the unity of their ethnic identity is not questionable.