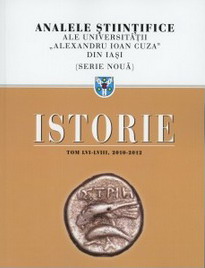 Summary/Abstract: The article aims to analyze the main directions of Russian Empire’s religious policies in the North-West provinces, i.e. in the territory which was in dispute by one side by another imperial project then the Russian, and on the other side a zone under great influence of the Catholic Church. Another “track” is the “polish question” which is brought into discussion in parallel with the confessional issue. The author analyzes also one of the “successes” of the Russian Empire in this domain, particularly the reducing of the „United Church” representatives, in the Orthodox Church, from the mentioned territory. Also there is made a rigorous analysis of various measures taken in fields as: family, schooling and university education, administration and others, measures that were brought by the Russian administration in religious sphere, and in the same time the expected results of these measures.