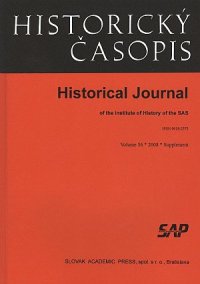 Summary/Abstract: The article is devoted to the process of professionalization of history writing. It documents how the process of professionalization was exposed to various ideolo-gical challenges from the beginning. It was always complicated for the historian to maintain a declared independence and objectivity, since the subject of his research was the society of which he was himself a member. Ideological challenges came both from nationalism, as one of the dominant ideologies of the 19th and 20th centuries, and from the totalitarian ideologies that accompanied the totalita-rian socio-political systems of the 20th century. Nationalism had the result that historiography began to concentrate especially on so-called national narratives. This caused the isolation and mutual estrangement of national historiographies. In opposition to this isolation, attempts at professional networking by historians already arose at the end of the 19th century. These led first to the holding of international congresses for the historical sciences, and from 1926 to the creation of the International Committee of the Historical Sciences (ICHS). In the past and in the present diversified world, this organization has always had to confront two threats: national isolationism on one side and complete abandonment of political and social engagement on the other.