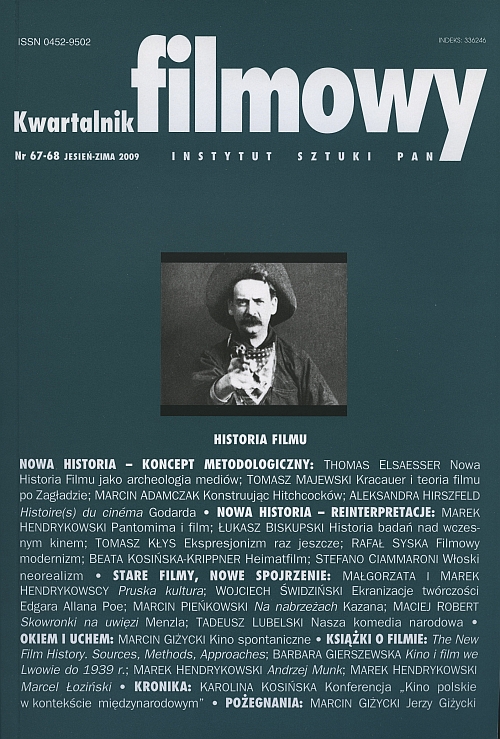 Summary/Abstract: The author considers links between academic film studies and literature studies. Adamczak analyses three approaches to research and interpretation: cultural poetics (Greenblatt), pragmatism (Fish) and narrative studies. He then considers the usefulness of each approach to film studies, using Alfred Hitchcock’s films as a case study. Hitchcock was by some considered to be an efficient craftsman (especially in the USA, where he is known as Hitch), by others he was seen as underappreciated visionary, experimenter, and an artist of the cinema (especially in France, where Alfred Hitchcock is known as Monsieur Hitchcock). Adamczak reconstructs aesthetic and cultural values held in the contexts and circumstances in which the different opinions of Hitchcock’s work were developed. These in turn are strongly related to whether cinema is identified with an art. Adamczak does not present any of the interpretations of Hitchcock’s work as the correct one. Rather he presents a process through which various “Alfred Hitchcocks” are constructed depending on cultural assumptions and beliefs of various “interpretative communities”.