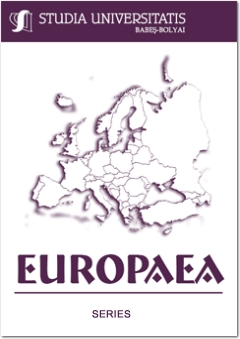 Summary/Abstract: The present article intends to deal with the manner in which a religious actor, the Romanian Orthodox Church elaborates and reproduces its public discourse about the European integration. Due to space restrictions, the aim of this research is not to cover the entire subject, but a specific topic: the secularization and its linkage to the European integration. I believe secularization can be used as an “excuse” to decompose two dimensions of the Romanian Orthodox Church public voice: the discourse about the self and about the others.