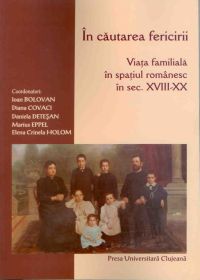 Summary/Abstract: During the first demographic transition, which had various chronological frames in Central Europe during the nineteenth century and the first decades of the twentieth century, the family had to face various challenges. They all influenced its constitution and dissolution. The criteria for selection, the matrimonial market, and the family life cycle were affected by the complex economic and social transformation brought by modernization, industrialization, and urbanization. Above all, tackling family and matrimonial behavior in Central Europe during the nineteenth century and until World War I reflects mostly the modernization tendencies which influenced the Danube monarchy. From our point of view, this modernization was also the modernization of the demographic behavior. We will approach such issues as the impact of secularization on the family, the problem of inter-ethnic marriages, the consequences of reduced fertility on the cycle of family life and the relations between partners, and others.