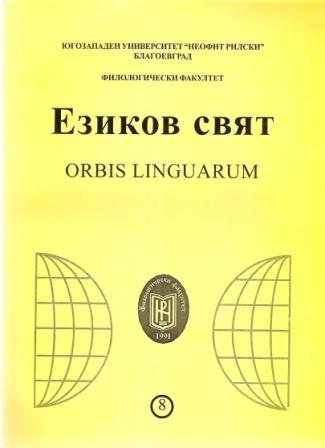 Summary/Abstract: An analytical attempt is focused on the interpretation of traditional culture in Bulgarian literary histories. The period of the Third Bulgarian Kingdom inherits the main national ideals from the previous one but transforms them accordingly to the new political situation in Europe. Literary histories have been used to construct the past in a manner that it is necessary for the present. The main accent in the article is on the political uses of folklore and its place as a part of Bulgarian national program after 1878 in the literary histories. Analysis discuses the ideological might of Pan-slavism as it is presented in the translated from Russian language Pipin's and Spasovich's first history of Bulgarian literature. The place of folklore is observed in the light of ideological conflict between Pan-slavistie ideas and their influence on Bulgarian national ideals.