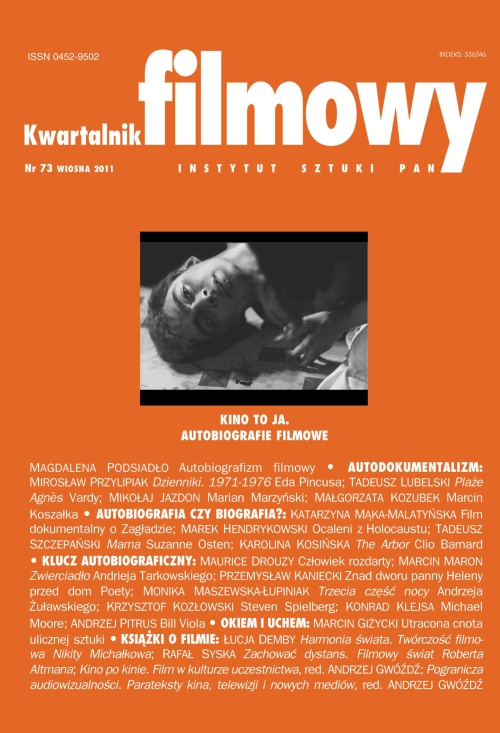 Summary/Abstract: The study is a compact and straightforward guide aimed at anyone coming to the subject for the first time or just looking to improve their knowledge about documentaries relating to Holocaust. The paper offers both skimming and in-depth analysis of seven outstanding works made in the period 1993-2008 focused on key-problems of their distinctly different poetics. Author assembles evidence from the documentary film production of the time to describe the structure of message exposed in its narration, particular catches and figures, methods of lighting, framing, and editing as well as the collective feelings and emotions generated by these films. Hendrykowski considers the basic difference and fundamental conflict between two ways of thinking about manipulation in moving pictures language which establishes viewers’ approach to using (or over-using) of various stylistic catches, patterns of composition and narrative figures in this kind of documentary and generally in movies. Marek Hendrykowski’s study brings methodological revision of this important question.