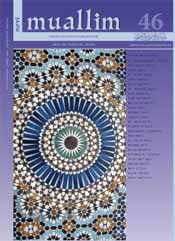 "ŠTA SE ZBIVA U ARAPSKOM SVIJETU?"
'MEANING OF THE EVENTS IN THE ARAB WORLD’

Summary/Abstract: Recent events that we have witnessed in the Arab world are haveing not only global dimension but also an effect upon the world history. Incredible social energy, courage and boldness have been displayed in the Arab societies that has not been seen since the classic era of the Islamic history. In Egypt we have seen a man, a citizen, being set free from within himself, and that freedom is spreading through the Arab world with that same speed with which the sublime strength and the beauty of the poem of Um-l Qulthum had spread through the Arab world. The Arab world is ready for a change, for establishment of some new system of government, kind of new democracy, pluralism and human rights and that does not necessarily have to be of the European type. It should be some kind of ‘democracy in Islamic form’ as was the case of the former Yugoslavia that was said to be ‘socialism in human form’. Western democracy with all its virtues can by no means be literally applied in societies with Muslim majorities. There can be various aspects of discussion about legal and political climate or legal and political climates of various Arab states affected by these proceses or about the institutional elements that stend behind or in some way are carring out or initiating these processes. We can, however,be certain about one thing: demonstrators in the Arab world are not moved neither by the religion nor by any ideology but by the aspiration to have a decent, normal and democratic government. Forum ‘meaning of the events in the Arab world’ was held in bosnjacki institut in Sarajevo on March 28th year 2011.