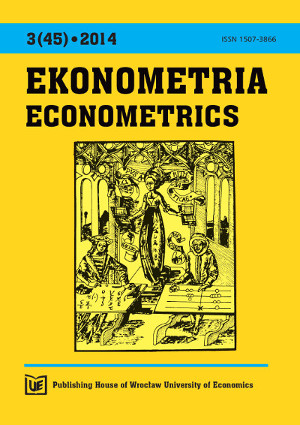 Summary/Abstract: The structure of Polish household expenditure in the areas with worse economic indicators does not differ much from the expenditures of those households which are located in the regions of good economic indicators. It can be assumed that the reason for the lack of differences is taken out loans and credits. The main goal of this article is to explore the differences between households in Poland. The first criterion of differentiation is loans and credits and the second one – the subjective assessment of the economic situation of a household. It was assumed that the reasons for crediting will be different in the households in a worse economic situation from those which assess their situation better. The hypothesis formulated in this way allowed using the classification of households based on Subjective poverty line including the differences in credit goals by regions.