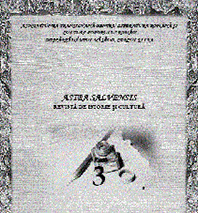 Summary/Abstract: In this study, the author examines, on the basis of information provided by various periodicals from the analysed period, as well as the daily newspapers “Romanian Telegraph” from Sibiu“, The Church and school” from Arad and “The Union” from Blaj, the standing of different Romanian hierarchical leaders of the Orthodox, and Romanian Greek-Catholic churches regarding the latency of the Great Union. Their attitude at the beginning was a rather pendulous one, but in the end these hierchical leaders agreed to the Great Union, becoming promoters of it.