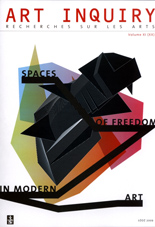 Summary/Abstract: The article deals with the complex issues connected with the socialist realist space of the Polish cities. The phenomenon is multi-layered and multi-dimensional. I concentrate on its two aspects: the utopian, abstract space declared by the doctrine, responsible for constructing metaphorical, symbolic meanings and the real, traditionally defined space of the existing cities. I stress the significance of the real space, its determinants and its creators. After World War II, Poland required immediate help in rebuilding its ruined cities, regardless of the ideological disputes carried on in the press. The main concern was the very existence of some cities, while the exact form of their architecture, in those extreme times, was of secondary importance for many people. Socalist realist urban planning practice, exemplified here by the cases of Nowa Huta and Łódź, appeared to be determined by a number of factors, not only ideological, but also very pragmatic. The space of a socialist realist Polish city got stuck somewhere between a vision and everyday reality.