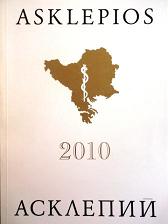 Summary/Abstract: The predominant view of modern medicine is that suicide is a mental health concern, associated with psychological factors such as the difficulty of coping with depression, inescapable suffering or fear, or other mental disorders and pressures. Suicide is sometimes interpreted as a “cry for help” and attention, or to express despair and the wish to escape, rather than a genuine intent to die. Most people who attempt suicide do not complete suicide on a first attempt; those who later gain a history of repetitions have a significantly higher probability of eventual completion of suicide.