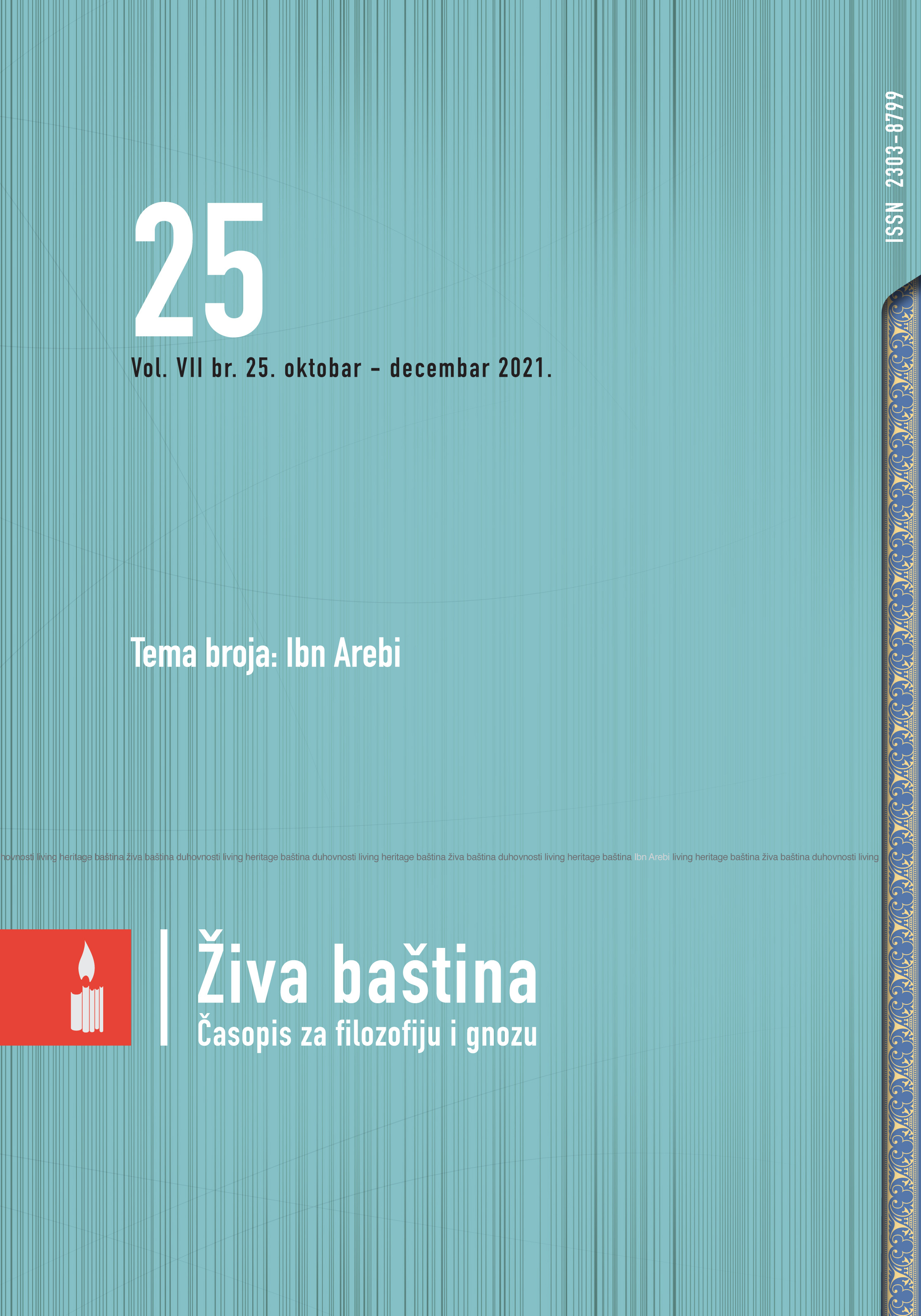 Summary/Abstract: Shu‘ayb ibn al-Hasan al-Ansārī al-Andalusī, known as Abū Madyan al-Gawt, is considered one of the most important teachers in the history of tasawwuf and, due to his great spiritual influence on Sufis of the Maghreb, he is often referred to in literature as the founder of the Maghreb school of tasawwuf. Although they never met, thanks to the connection with his many disciples, as well as one special spiritual connection he had with Abū Madyan, Ibn ‘Arabī considered him one of his most important teachers about whose spiritual states and insights he often wrote in his works. The paper seeks to shed light on the life of this Sufi teacher, the basic characteristics of his Tesawwuf teachings and activities, and his influence on later Sufi teachers, especially Ibn ‘Arabī.