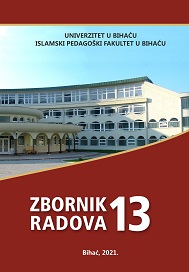 Summary/Abstract: The result of the proclamation and activities of the Republic of the Serb People of Bosnia and Herzegovina is aggression and genocide committed by Serb military and police forces against Bosniaks. In the aggression against the Republic of Bosnia and Herzegovina, the Serbian aggressor, with the use of superior military force, killed, wounded, destroyed their property, forcibly expelled them from their homes and forced them to permanently leave their homes and property. Forced relocations and deportations of Bosniaks and Croats from the territory of Bosnian Krajina were massive, systematic and planned, and were accompanied by killings, violence, various coercion, illegal detention, rapes, bombing and burning of houses, property robbery, and psychological pressure by Serb military and police units and civilian authorities. The goal of these persecutions and deportations was to reduce the non-Serb population in the territory of Bosnian Krajina to 2%. In the period 1992-1995 several hundred thousand of non-Serbs were forcibly expelled from the Bosnian Krajina.