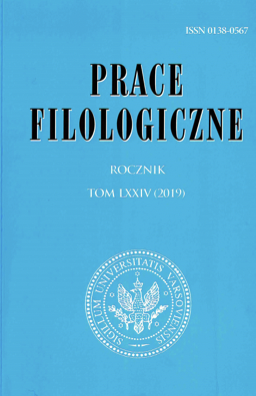 Summary/Abstract: The article specifies and corrects the etymologies of several Bulgarian dialectal words borrowed from Turkish and Greek that exemplify the difficulties in etymologizing Balkan borrowings penetrating via language contact between the Bulgarian language and the neighboring Balkan languages. The connection of фотли and футл‘a carved trunk through which water runs out of a spring or a well’ with футùя ‘a kind of cask, barrel’ proposed in the Bulgarian Etymological Dictionary (BED) is rejected and these words are related to хотл and хутл with the same meaning, which come from Turkish dialectal hotul with the same meaning. The explanations of футùя and фучùя ‘a kind of cask, barrel’ in the BED are specifi ed. The connection of харàк ‘ruler’ with харàк (with variants) ‘bean wrapping rod’ proposed by M. Filipova-Bayrova and Ch. Tzitzilis who derive these homonyms from the Greek χαράκι ‘straight line’ is also rejected with the assumption that the first one comes from the Greek χαράκι ‘straight line’, whereas the second comes from the Turkish dialectal harak ‘a truncated tree branch’.