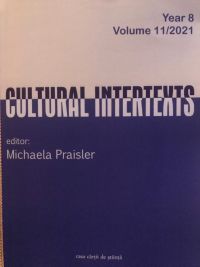 Summary/Abstract: In her Earthsea cycle, Ursula K. Le Guin explores the finer nuances of itinerant heterotopias and the transitions and transformations they enable. Drawing mostly on Michel Foucault’s heterotopia of the boat/ship, but also on Margaret Cohen’s chronotope of the ship, this paper distinguishes between these two variations in Le Guin’s series. The fragile boats in which the young wizard Ged crosses the world of Earthsea and his own tormented mindscapes, in search of the shadow born of his reckless mishandling of magic, is a metaphor for the self, and the voyage is one of self-discovery and of passing from adolescence to maturity. By contrast, the majestic ship in which King Lebannen and his companions sail to parlay with the dragons represents a microcosm of Earthsea’s cultures and a union of previously disparate elements: a coming together which foreshadows the subsequent healing of an ancient rift. Thus, the different uses of the same heterotopic space in the first and last book of the series point to a shift in Le Guin’s focus, from the personal to the political, from magic to secular power, and from knowledge of the self to knowledge of the world.