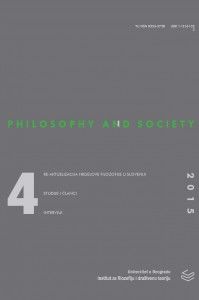 Frequency: irregular and other / Country: Serbia

Filozofija i društvo (Philosophy and Society) was launched in 1987 as an annual publication of the Center for Philosophy and Social Theory, Belgrade. The journal was founded by a group of former teachers of the Faculty of Philosophy, University of Belgrade (Tadić, Marković, Stojanović, Golubović, Mićunović, Životić, Popov), dissidents and Marxists at the same time, representatives of the so-called Praxis-discourse. Starting in 1994, the journal was published twice a year, and since 2005 thrice, as a publication of the Institute for Philosophy and Social Theory. The journal publishes primarily papers stemming from Institute's research projects, encompassing philosophy, political philosophy, anthropology and sociology. However, contributions by authors outside of the Institute are also welcome, provided that they meet the publication requirements of the journal.

According to Hare’s device, an adequate association of two mutually akin but independent theoretical disciplines – metaethics (universal prescriptivism) and normative ethics (utilitarianism) – enables the formation of the complete and coherent moral system. The main subject of this book is reception and critical analysis of Hare’s constructivism; but much more attention is dedicated to the substantive aspect of his doctrine, where idea of all-encompassing ethical theory is fully developed and crystallized. In Hare’s opinion, the fact that something like this is possible is approved by detailed inquiry of the structure of so-called “moral thinking”, which, although in theory divided into three plateaus or levels, in practice can operate as unique faculty. The first part of the book considers Hare’s metaethical doctrine, i.e. metaethical level of moral thinking. This part especially analyzes semantic and logical properties of the moral words and judgments, which Hare grasps and marks off as elements that constitute specific ethical theory in narrow sense under the name of “universal prescriptivism”. Thence, it contrasts the theory with the most prominent types of rival metaethical conceptions; this is a way of showing its supremacy over them. The second part analyzes Hare’s multiple ways of connecting his metaethical with his normative doctrine, which is in formal sense determined as “Kantian utilitarianism”, and in substantive sense as “preference-utilitarianism”. Critical references to both dimensions of utilitarian doctrine aim at indication on scopes and limits of Hare’s ambitious redefinition of the doctrine. In addition, this part accessorily affirms a proposal about certain more rigorous terminological delimitation of different kinds of normativity. Further on it discusses about so-called “necessary ingredients” of moral reasoning, where special attention is being paid on element of “sympathetic imagination”, which Hare grasps in his developed theory not only as a normative demand but also as a logical thesis. Finally, it considers kinds of preferences that can or cannot be recognized (with help of established set of criteria) as morally relevant. The third (the last) part displays so-called “two-level theory” of normative moral thinking (“intuitive” level and “critical” level), including goals that are intended by its establishing. Given Hare’s holism, the metaethical level, considered as fundamental or the “third” level, has notable effect on process of normative reasoning, especially if it is taken as one of the determinant of the critical moral thinking. Upon examining the (utilitarian) character of the theory, its plausibility is verified in the light of its application to one specific theoretical realm – the realm of philosophy of moral upbringing and education. 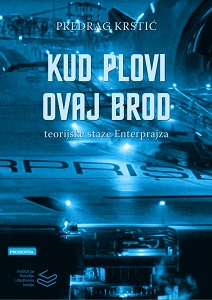 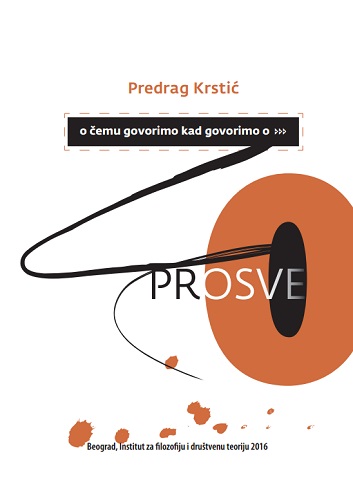 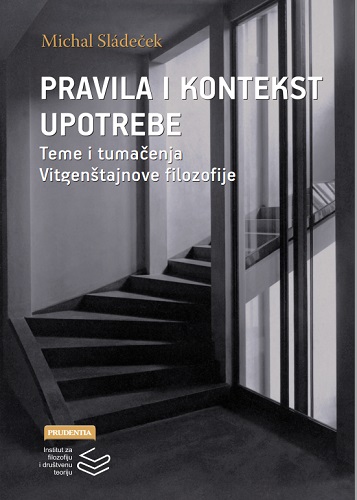 This book consists of eight chapters, which encompass various themes, such as the nature of philosophical thinking, methodology of social sciences, problems in political philosophy, character of the human nature and rationality, problems of philosophy of mind and question of rule-following in philosophy of language, all conjoined by Wittgenstein’s late philosophy. 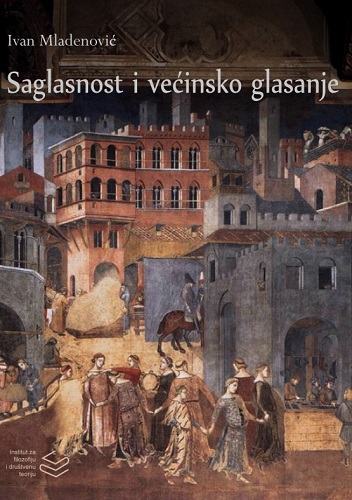 This book seeks to reconstruct Adorno’s understanding of the subject and probe the status, meaning and scope of this concept within his philosophy. In the first part, after the introduction, the concept is broken into its essential component meanings; furthermore, some adverse consequences are indicated that, in Adorno’s view, have been brought by the concept’s hypertrophy, in thought as well as in its practical applications. The next section of the book is a sort of necessary intermediate step: in it, the central role is played by the concept of identity which in Adorno’s nomenclature, along with the subject, marks the destiny of Western thought and action. The central and most extensive part of the text is devoted to thematizing the subject – and/or identity-character of traditional philosophy, and the ensuing „fatal strategies“. The next chapter examines the possibilities for overcoming or escaping this destiny of Western thought through the concepts of ‘non-identical’and ‘not being a subject’, i.e. through the emancipatory potential of traditional philosophy and metaphysics in light of their Adornian recomposition. The concluding parts of the book attempts to assess contemporary relevance – or lack thereof – of Adorno’s philosophy in the context of current controversies. A positioning of its significance enables, in the conclusion, to explicate those provocative moments of Adorno’s theory that, rather than growing obsolete, precisely determine in a substantial sense some recent disputes.