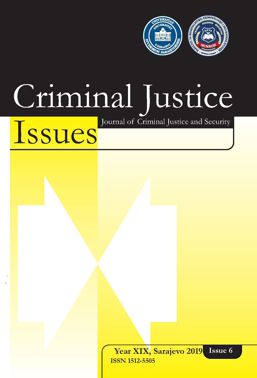 Summary/Abstract: Reason for writing and research problem(s): The production and trafficking of narcotics in Serbia is the most dominant and profitable form of organized crime. The main factor favouring the presence and development of the transnational aspect of organized drug trafficking in the country is its geographical location as well as the geopolitical situation on the external borders of the administrative EU Schengen area. As a result, the drug market today in Serbia is highly active. At the root of this inquiry is an analysis of the role of domestic criminal organizations in the international ring of drug trafficking. Aims of the paper (scientific and/or social): This study scrutinizes the political, economic and social relations of those closely involved in (organized) criminal activities in Serbia, namely drug trafficking. Methodology/ Design: The research includes a normative analysis of the existing legal framework for the fight against organized crime. The empirical research includes, on the one hand, an analysis of institutions dealing with the suppression of organized crime in Serbia, media, government, and other official reporting on the issues related to the work of the criminal justice system and in general on the topic of organized crime in Serbia. On the other hand, the research relies on primary sources gathered via semi-structured interviews conducted with actors at various levels of criminal organizations, politics, law enforcement agencies, and independent authorities involved in the monitoring of criminal activities in the country. Results/ Findings: In Serbia, systemic corruption has led to state capture by inter-woven political and economic elites, which have in the past often either participated in organized crime activities themselves, or benefited from receiving services or financial compensations from various organized crime groups. In order to effectively combat organized crime in the Balkans, it is necessary to analyse the conditions and processes by which state capture occurs, and to link these processes to formal and informal power relations within and across states. In other words, it is important to strengthen the independence of law enforcement institutions located along the functional triangle of police, the public prosecutor’s office, and the courts.