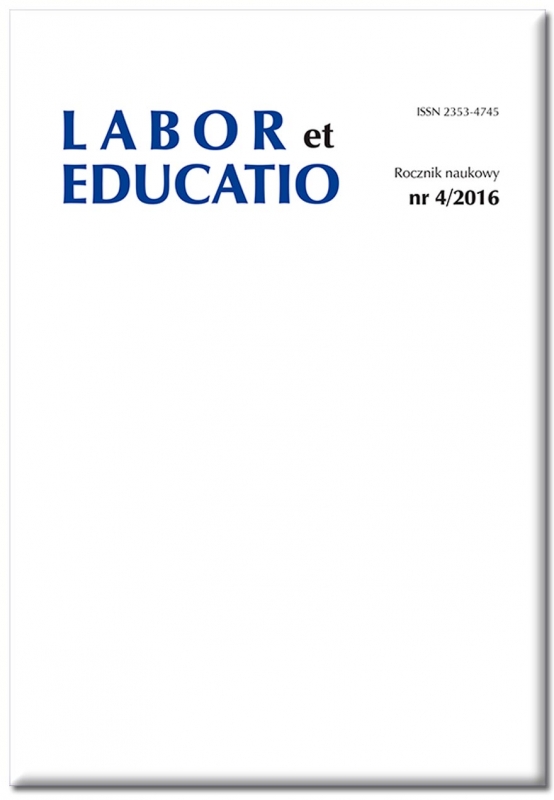 Labor et Educatio is a peer-reviewed academic journal of the Institute of Social Work at the Pedagogical University of Cracow, published annually.

The journal its itself in the contemporary areas of academic thinking within social pedagogy, pedagogy of work, education, selected issues of social work, sociology and gerontology. The themes of the journal are centred around the most topical social matters and issues in relation to all aspects and periods of human life.

Papers of both theoretical and empirical character can be found in the journal. The first issue was published in 2013 and it contains papers relating to the multidimensionality of human work. The second issue of 2014 has topics focused around the challenges of the modern labour market and the groups that are at risk of exclusion from it. The issue was expanded to include the following sections: Reports from academic conferences and Reviews of the latest academic publications. The third issue of 2015 touches upon the broadly understood theme of education. Beginning with that issue, the journal has published papers in the official congress languages; also, there appeared a new section called Varia. The fourth issue of 2016 contained papers dealing with the issues of professional careers and the labour market.

For publication in the Labor et Educatio journal, we welcome papers, reviews and reports by theorists and researchers from academic centres in Poland and abroad.